The news struck the FBI hard and spread throughout the organization like a thunderbolt that day on February 18, 2001.

Despite tight internal access controls and restrictions in place for decades, one of its own had been arrested for selling thousands of classified documents to Soviet and Russian intelligence services on and off over many years.

To make matters worse, the employee was Robert Philip Hanssen, a high-level Supervisory Special Agent assigned to the Bureau’s National Security Division at its Headquarters on Pennsylvania Avenue in Washington, DC.

Hanssen held some of the highest security clearances and had access to the most sensitive information, reports, and computerized databases the FBI maintained to conduct its work to protect the Nation. A Special Agent since 1976, the 56-year-old Hanssen had accepted $1.4 million in cash and diamonds for passing a wide assortment of classified documents regarding confidential sources, double agents, investigative operations, surveillance, and United States strategies in the event of war. 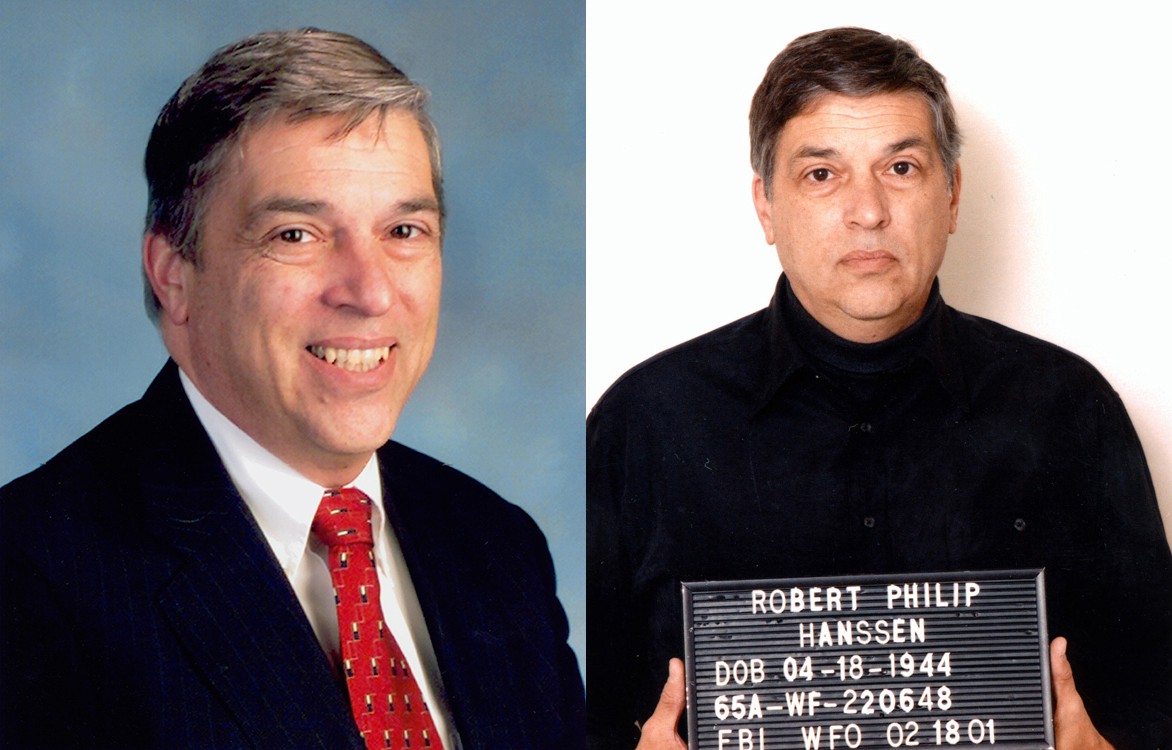 His actions had been taking place during a 22-year-period when he was assigned to FBI offices in the New York City and Washington, DC metropolitan areas. Hanssen used a fake name in his dealings with the Russians so they would not know exactly who he was. He was only months from being eligible to retire. As well, he thought he had even reason to think he had flown under the radar, was smarter and better than all of his very experienced colleagues, and was going to get away with ever being caught.

Suspicions had arisen within the FBI about Hanssen even though he outwardly was a devout Roman Catholic with a devoted wife and six children living in a good neighborhood in Vienna, Virginia. The FBI decided to conduct its own secret investigation of him and learned in the year 2000 that he still was in secret contact with a Russian intelligence handler. He was placed under close watch. The FBI does an outstanding job of discreetly watching suspects, and the wily Hanssen never caught on he was being observed even though he realized some things regarding his career assignments recently had been changed.

When the FBI confirmed that Hanssen was going to make yet another “drop” of material for his Russian handler in a park near his home on the morning of February 18, 2001, the FBI covertly assembled a group of armed Special Agents in and around the park. They waited for him to arrive. When he did so, he casually walked on a pathway toward a small bridge in Foxstone Park where he intended to make his drop contained in a small black wrapped plastic bag. After he made his drop at a location out of sight beneath the bridge, Hanssen was surrounded by the Special Agents, arrested, and quickly taken into custody. He did not express total surprise that he had been caught. 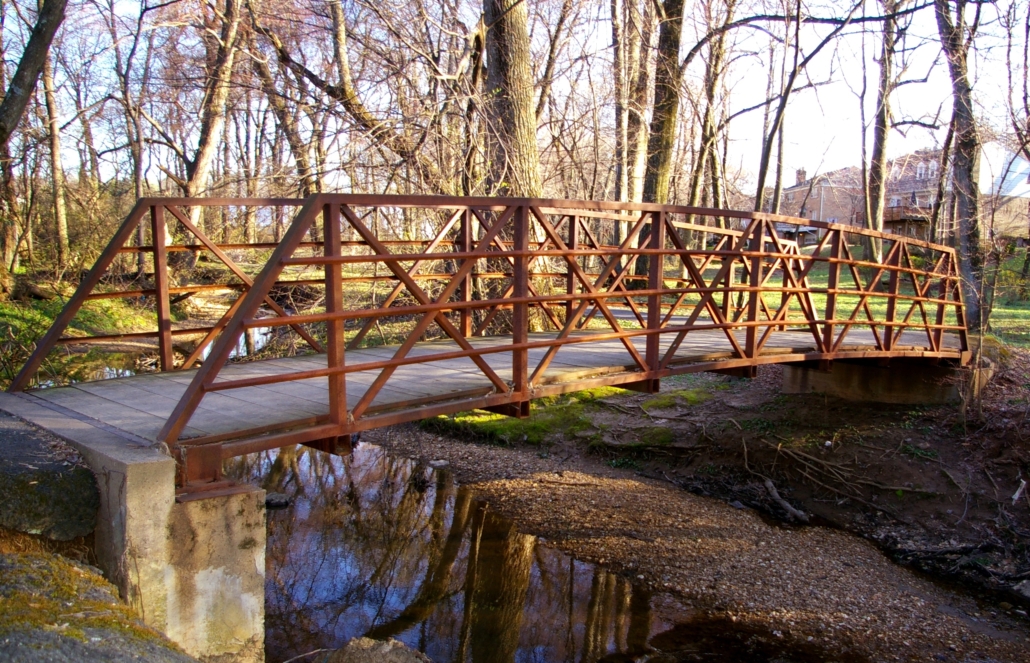 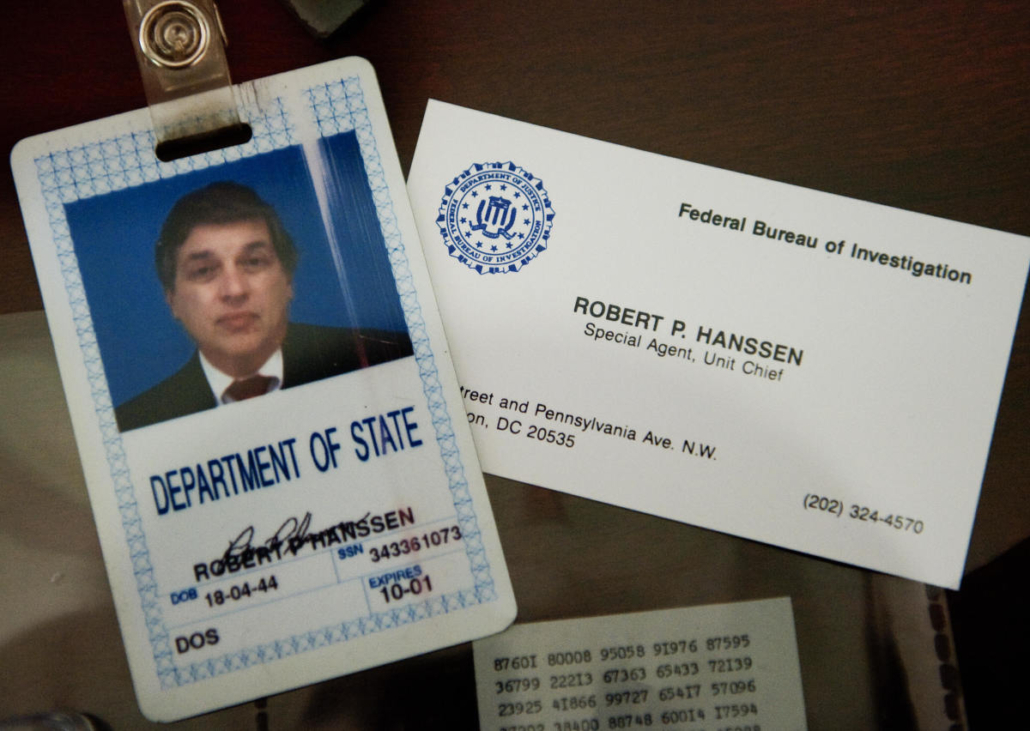 A lot of information was revealed in the legal proceedings that followed not only about Hanssen’s crimes but also about his other actions as a person, a husband, and a father. Moreover, his actions caused the deaths of some Russian double agents he revealed, and he compromised the tremendous investments the United States had made into personnel, technology, and equipment.

His actions have been called one of the worst cases of treachery and betrayal in not just FBI history, but also in the history of the United States.

To avoid the death penalty, Hanssen plead guilty to 14 counts of espionage and one count of conspiracy to commit espionage. He was sentenced to 15 life terms without the possibility of parole.

He was transferred to ADX Florence, a Federal supermax prison located in the mountains near Florence, Colorado. The facility is designed for the worst offenders.

Known as prisoner #48551-083, Hanssen spends 23 hours a day in solitary confinement. He is allowed visitors approximately twice a year.

Books, a Motion Picture, and a Documentary

The Hanssen case generated a great deal of news media interest. Reporters, authors, and producers, and great numbers contacted the FBI’s public affairs personnel immediately when news broke, and the FBI issued a detailed news release and held a news conference in Washington, DC on February 20, 2001.

As soon as it was possible, the FBI cooperated with news reporters and then with book authors.

Several books were written. The following two by different authors are good accounts of the case.

SPY: The Inside Story of How the FBI’s Robert Hanssen Betrayed America
By David Wise, 2002

In 2006 Hollywood began work on the motion picture Breach, which was released in February 2007. Entertaining and informative despite some inaccuracies. Some scenes were recreated and filmed at the actual FBI Headquarters J. Edgar Hoover F.B.I. Building and in the Washington, DC area.

In November 2020, the two-hour documentary A Spy in the FBI was completed and released. It is well done and has been shown on the Reelz cable television channel. Several actual FBI executives, Special Agents, and senior analysts who knew Hanssen and were involved in the case are interviewed. 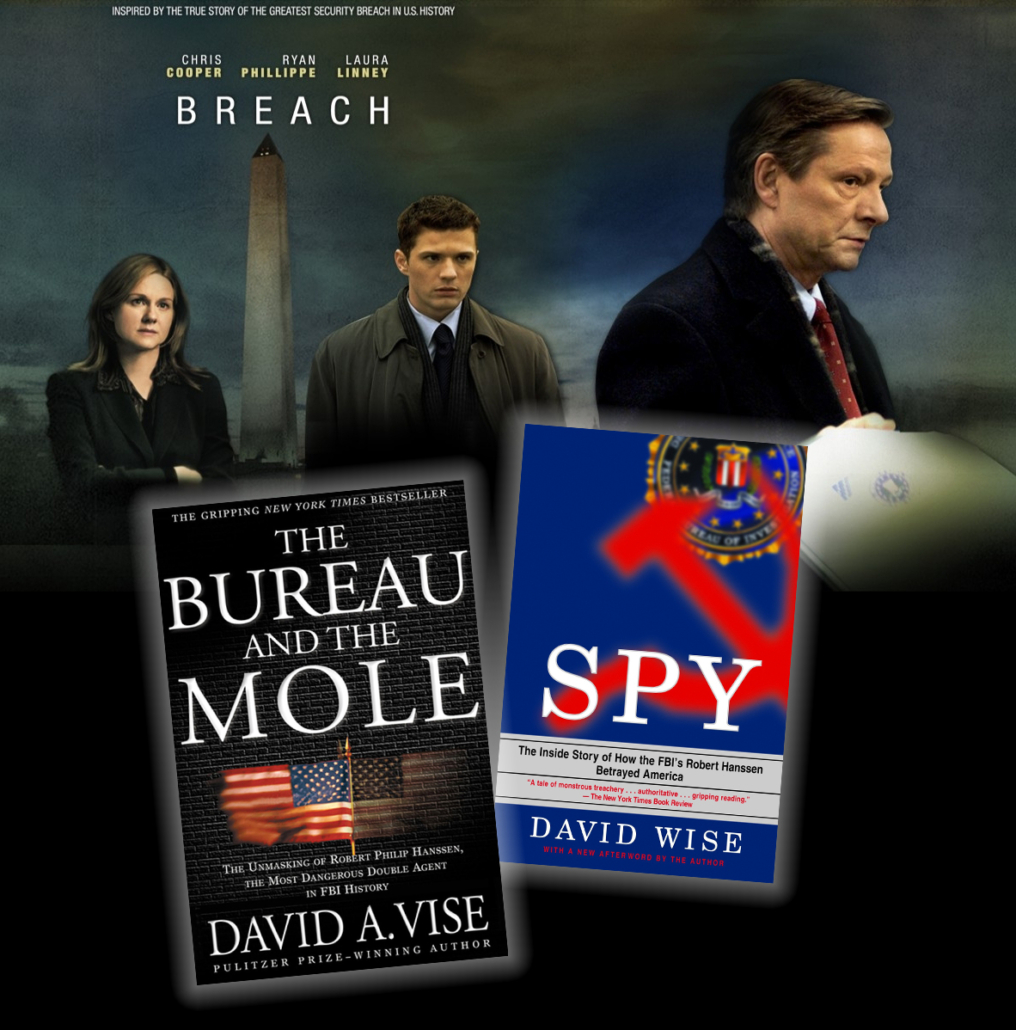 Immediately following the Hansen case, the FBI and the United States intelligence community instituted even more stringent checks and balances on access to all categories of information. Security briefings of all employees also became more frequent, and annual disclosure reports of personal financial information became mandatory.

The year 2001 already was shaping up to be a challenging year for the FBI and the intelligence community, and it only was seven weeks old when Hanssen was apprehended. As if that case was not enough of an impact, another unexpected major event that year of a different kind was only seven months away.

The Silence of the Lambs

“WILL:” The Autobiography of G. Gordon Liddy
Scroll to top